Monument in pedestrian street in Korça

Neolithic remains have been found indicating occupation of the site from 4000 BC onwards. The Copper Age lasted from 3000 BC to 2100 BC. Mycenean pottery was introduced in the plain of Korçë during the late Bronze Age, and has been claimed that the tribes living in this region before the Dark Age migrations, probably spoke a northwestern Greek dialect. The area was on the border between Illyria and Epirus and according to a historical reconstruction was ruled by an Illyrian dynasty until 650 BC, while after 650 BC a Chaonian dynasty. During this period the area was inhabited by tribes of the northwestern (Epirote) group, possibly Chaonians or Molossians, which were two of the three major Epirote tribes inhabiting the region of Epirus. Archaeologists have found a gravestone of the 2nd or 3rd century AD depicting two Illyrian blacksmiths working iron on an anvil near modern Korçë.

The modern town dates from the end of the 15th Century, when Iljaz Hoxha, under the command of Sultan Mehmet II, developed Korçë. The Ottoman occupation began in 1440, and after Hoxha's role in the siege of Constantinople, in 1453, he was awarded the title, 'Iljaz Bey Mirahor'. Korçë was a sandjak of the Manastir Vilayet in the Ottoman Empire as Görice. The city started to flourish when the nearby town of Voscopoje was raided by the Albanian troops of Ali Pasha at 1788.

Ottoman rule over Korçë lasted until 1912. Although the city and its surroundings were supposed to become part of the Principality of Bulgaria according to the Treaty of San Stefano in 1878, the Treaty of Berlin of the same year returned the area to Ottoman rule. In 1910 the Orthodox Alliance of Korçë led by Mihal Grameno proclaimed the establishment of an Albanian church, but the Ottoman authorities refused to recognize it. Korçë's proximity to Greece, which claimed the entire Orthodox population as Greek, led to its being fiercely contested in the Balkan Wars of 1912-1913. Greek forces captured Korçë from the Ottomans on 6 December 1912 and afterwards proceeded to imprison the Albanian nationalists of the town. Its incorporation into Albania in 1913 was disputed by Greece, who claimed it as part of a region called 'Northern Epirus', and resulted in a rebellion by the local Greek population that asked the intervention of the Greek army. This rebellion was initially suppressed by the Dutch commanders of the Albanian gendarmerie, that consisted of 100 Albanians led by Themistokli Gërmenji, as a result the local Greek-Orthodox bishop Germanos and other members of the town council were arrested and expelled by the Dutch. However, under the terms of the Protocol of Corfu (May 1914), the city became part of the Autonomous Republic of Northern Epirus inside the borders of the principality of Albania, while in 10 July 1914 the Greek Northern Epirote forces took over the city.

In October 1914 the city came again under Greek administration. During the period of the National Schism (1916) a local revolt broke out and with military and local support Korçë came under the control of Eleftherios Venizelos' Movement of National Defence, overthrowing the royalist forces. However, due to developments in the Macedonian Front of World War I the city came soon under French control (1916–1920). During this time fourteen representatives (seven muslims and seven orthodoxes) of Korçë and Colonel Descoins signed a protocol that proclaimed the Autonomous Albanian Republic of Korçë under the military protection of the French army and with Themistokli Gërmenji as Prefect and Tefik Panariti as the first President (rotation among fourteen representatives). It ultimately remained part of Albania, as determined by the International Boundary Commission, which affirmed the country's 1913 borders.

Italian forces occupied Korçë in 1939, along with the rest of the country. During the Greco-Italian War it became the main forward base of the Italian air force. Nevertheless, the city came under the control of the advancing Greek forces, on November 22, 1940, during the first phase of the Greek counter-offensive. Korçë remained under Greek control until the German invasion of Greece in April 1941. After Italy's withdrawal from the war in 1943, the Germans occupied the town until October 24, 1944.

During the occupation, the city became a major centre of Communist-inspired resistance to the Axis occupation of Albania. The establishment of the Albanian Party of Labour—the Communist Party—was formally proclaimed in Korçë in 1941. Albanian rule was restored in 1944 following the withdrawal of German forces.

The period of the People's Socialist Republic of Albania was a difficult time in the region. President Enver Hoxha targeted the rich, despite the fact that they had fought for the creation of the communist state by fighting against the Fascist occupations. Right after World War II many people fled to Boston, US joining a community of the Albanian-Americans, who had previously emigrated there.

Popular revolts in February 1991 ended with the tearing down of Hoxha's statue.

After the fall of communism, the city fell into disregard in many aspects. However following the 2000s, the city experienced a makeover as main streets and alleys started to be reconstructed, locals began to renovate their historic villas, a calendar of events was introduced, building façades painted, and city parks reinvigorated. The European Union is financing the renovation of the Korca Old Bazaar while the city centre was redesigned, and a watch tower constructed. 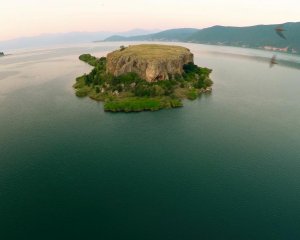 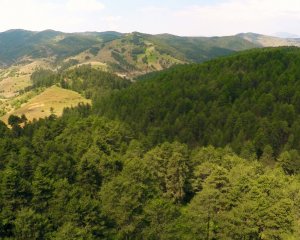 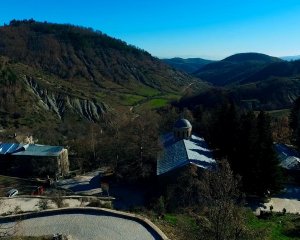 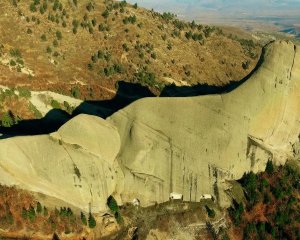