Paragliding in tandem or competion for professionals

Tandem flights with licensed experts are offered during different tours. The official Albania Open competition dates will be published upon release by the organizers.

The purpose of the competition is to provide a safe, fair and satisfying flying contest in order to determine the Individual Champion of the Albania Open 2016 and to reinforce friendships among the pilots.

In the case of at least 7 women competing, individual ranking will be awarded in the female class.

Opon arrival, the team leader and members shall report to the Registration Office in Hotel Drimades Inn to have their documents checked and to receive supplementary regulations and information. The end of the official Registration period is considered to be the official start of the championship.

-Receipt for payment of entry fees

-Satisfactory evidence of glider air-worthiness according to Section 7C

There will be a maximum of 10 full rounds completed within the time available, and a minimum of 2 rounds must be completed to validate the competition.

Each pilot will be allocated a start number from which the starting order will be established. When the final round of the competition is called, pilots will launch in reverse order of their current competition position. The organizers will provide numbers for each pilot, which must be displayed prominently as instructed at registration.

Briefings may be postponed or reconvened in the event of bad weather; times will be announced and posted on the notice board. All pilots, team leaders and other personnel should attend briefings promptly.

Team Leader briefings will be announced at the daily briefing and posted on the notice board.

Competitors must have good nil-wind as well as strong wind. At the Launch Marshal’s or Competition Director’s discretion, a pilot may be temporarily stood down or permanently withdrawn from the competition if he/she appears unable to launch safely in wind and weather conditions that fall within operating limits. A failed take-off attempt or safety problem arising immediately after take-off (and which is not a result of the pilot’s poor pre-flight check) which results in a landing at take-off, or away from the target, will be eligible for a re-launch for that round. The maximum permitted wind speed for the purposes of competition scoring is 7.0 m/s. Competitors must fly in the published flying order, unless they have prior permission from the Launch Marshall. Competitors not ready to fly in the established flying order when called forward to launch by the Launch Marshall, or who take off without the Launch Marshall’s permission, will be liable to a maximum score.

The interval between launches will be a minimum of 1 minute between pilots, and may be adjusted by the Launch Marshall.

Competitors will be scored according to the distance in centimeters between the first point of ground contact and the edge of the dead centre disc to a maximum score of 500cm. The Measuring Field will have clearly marked circles set at 0.5 m, 2.5 m and 5 m. The landing area will be on the sand (seaside). Landing must be made on feet. Falling is not allowed and a maximum score will be recorded in such a case.

Falling is defined as: described in Section 7C- 2010 rules.

If a competitor lands with both feet together and the first point of contact cannot be determined, then the furthest point of the footprint is measured.

The official competition’s Pre-fliers will be introduced to all pilots at the first competition briefing. They will be experienced pilots familiar with the local sites who understand the importance of their role. They will not be competitors.

Individual scores shall be an aggregate of all scores achieved by that competitor. If five (5) valid rounds are completed, the worst score is dropped.

The winner shall be the pilot gaining the lowest aggregate score across all the rounds flown in the competition.

As soon as possible, at the end of the round, the recorder will post the scores on the main notice board. These will be marked Provisional, with the posting time and date clearly visible. Any complaint against the Provisional scores must be lodged within 1 hour of the scores being posted.

At the first briefing, a Safety Committee will be formed that includes: Competition Director, Launch Marshall, Chief Judge, and two experienced participating pilots (one of them, foreign).

The Safety Director’s responsibility will be to monitor all aspects of safety. These include but are not limited to:

- Addressing all pilots at the mandatory safety briefing for all pilots and team leaders.

- Discussing incidents with Steward and presenting conclusions at pilot briefings

The Safety Director in conjunction with the Competition Director may stop the competition for reasons of safety. Any decision taken by him will be reported to the Jury President.

The maximum permitted wind speed for the purposes of competition scoring will be 7m/s. Competition will use a wind recording and scoring system with visual and acoustic warning of excessive limits.

It is the responsibility of every pilot to fly in such a way that personal safety and the safety of others is maintained at all times. Competition Director may penalize competitors who fail to observe this rule, or disqualify them from the competition.

One emergency doctor with appropriate equipment will be available during all operations. Response time for transportation to Vlore hospital will be a maximum of 30 minutes.

Second offence: maximum score for the round.

Third offence: exclusion from the competition.

Other rule infringements: As for dangerous flying.

Complaints and Protests will be dealt with according to the procedures in Section 7C and General Section. A complaint may be made to the Competition Director, preferably by the team leader. It should be made with the minimum delay and it will be dealt with high priority.

If the complainant is not satisfied with the outcome, the team leader may make a protest in writing to the Jury President. The time limit for protests is 1hour after notification of the result of the complaint. The protest fee is 50 euro. It will be returned if the protest is upheld.

At the first briefing, a Jury will be formed (consisting of the Meet Director, the Chief Judge and 3 experienced pilots from different countries).

Radios are allowed for communication between competitors and team leaders. Radios are not to be used for the purpose of providing advantageous competitive information or for coaching. Radios or other communication devices are not to be used during competition flights, other than for emergencies. Only frequencies allocated by the organizers may be used. The official frequency during the competition and the safety frequency will be announced at the first Pilot briefing.

General Director of this event has all right to order and distribute awards to winners. 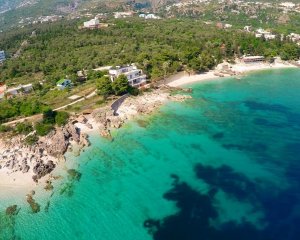 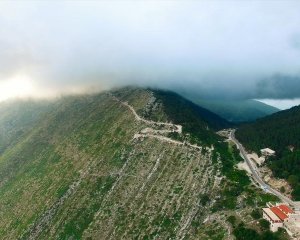 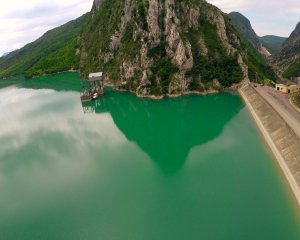 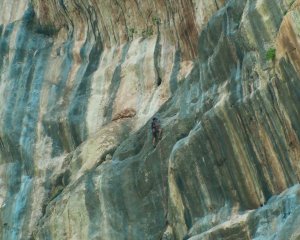